CBR News: Each season of "Ultimate Spider-Man" has had its own theme. Going into Season Four, it's the Sinister 6. Why this team of villains, and why now?
[Πρέπει να είστε εγγεγραμμένοι και συνδεδεμένοι για να δείτε αυτόν το σύνδεσμο.]

Spider-Man has his work cut out for him against Doc Ock and his villainous friends in Disney XD's "Ultimate Spider-Man vs. the Sinister 6"

Cort Lane: Well, that's an interesting question. Honestly, when we developed the show we did not think it would go this long. Ratings increased for the third season quite a bit. There was raised demand for a fourth season we didn't expect. The third season ends with Spider-Man helping to save the world from an epic threat in our "Contest of Champions" arc. We realized we had to top ourselves, and we've definitely dealt with scale of threats and Spider-Man growing to become a better and better and better hero and really become the ultimate Spider-Man, so we took it back and thought about what would be a really exciting show for Season Four since we've accomplished so much. We wanted to have more fun with the idea of the Sinister 6 and villains teaming up against him and very personal threats -- by that I mean the villains who have very personal grudges against him. They team up and the threats become more than just physically challenging with high stakes, but also have very personal stakes. You'll see Doc Ock and the villains know about Aunt May. You'll see someone really close to him, one of the heroes on his side betrays him to the Sinister 6. You'll see a lot of complications in his life. It's a very personal season. The fate of the world still hangs in the balance, but now the stakes are personal.

The Sinister 6 lineup is a bit different from what we normally see, correct?
The lineup actually changes over the course of the season and in surprising ways that I can't give away too much because there are some twists. Somebody really close to [Spider-Man] joins the Sinister 6. A villain who you would think would be opposed to Spider-Man fights very hard to save him. So, I will say it is a different line-up but Doc Ock is the leader throughout and he assembles this team from the beginning. He has teamed up with Arnim Zola and Hydra, but there are twists in that relationship too. Zola and Ock will turn on each other at various points, and Ock is leveraging a lot of the tech that he can get from Hydra but frankly outsmarts Zola at certain points.
Peter's working with a new team as well, surrounded by other Spiders. What's his dynamic like?
Let's start off with Agent Venom. Agent Venom goes through a lot this season and finds himself personally tested and physically tested in a way he hasn't in previous seasons. He becomes very aligned with Peter and Aunt May. You'll see Iron Spider tested. He's a bit cocky. He thinks his intelligence makes up for his lack of experience, and he'll find out that's not the case in this season. He has to rely on Peter more than he would think. Scarlet Spider appears in our opening two-parter, and he's mysterious. He has to learn about his own origin with Peter's help, so he's a complex character. And then also, Miles Morales gets trapped in our reality; he's separated from his own reality. Peter tries to help him, and Miles is the youngest of this group. One of the villains crosses over from his reality -- his Green Goblin, who's frankly more terrifying than ultimate Spider-Man's Green Goblin. He becomes part of the Sinister 6 team. He is a huge threat in terms of physical danger and with wings and fire breath. They have to deal with that and eventually return Miles to his own reality.
In other words, they have a few different problems to juggle.
[Laughs] A lot. And on top of that, we have in this season a very cool Carnage arc which we're calling the symbiote saga -- like a certain classic Carnage arc in the comics.
RELATED: [Πρέπει να είστε εγγεγραμμένοι και συνδεδεμένοι για να δείτε αυτόν το σύνδεσμο.]
Along that line, are there any specific runs or series from comics you're referencing in the upcoming season?
We are a little bit inspired by "Maximum Carnage," and you'll see that play out in the really cool symbiote saga arc. There will be some real surprises there, including the fact that somebody in Peter's life becomes yet another Spider through contact with the Carnage virus, or the Carnage symbiote, and will eventually become another Spider, and it's one that you will recognize from the comics. I think one thing you can definitely say is we are digging a little deeper into the Spider-Man mythos in this season. We definitely have the opportunity to do that with Carnage and with Sinister Six and with some different relationships with these villains. For example, you'll find some surprising behavior from Sandman. It's all really good stuff.
Another aspect of the Marvel world you're focusing on is S.H.I.E.L.D. How do they fit into the season?
S.H.I.E.L.D. is in disarray from the beginning of the season. Nick Fury is missing. That's a little bit of a nod to the [Πρέπει να είστε εγγεγραμμένοι και συνδεδεμένοι για να δείτε αυτόν το σύνδεσμο.]  but grows out of the fact that Ock and Arnim Zola team up against S.H.I.E.L.D. They both have a grudge against S.H.I.E.L.D. and Spider-Man and basically disrupt S.H.I.E.L.D. entirely. The mystery of Nick Fury's whereabouts continues through the season and actually Spider-Man has to team up with Madame Web, of all people, to sort that out.
[Πρέπει να είστε εγγεγραμμένοι και συνδεδεμένοι για να δείτε αυτόν το σύνδεσμο.]

Lane said the fourth season was unexpected, but the goal has been to make the stakes even greater and more personal than ever

I know [Πρέπει να είστε εγγεγραμμένοι και συνδεδεμένοι για να δείτε αυτόν το σύνδεσμο.]  and [Πρέπει να είστε εγγεγραμμένοι και συνδεδεμένοι για να δείτε αυτόν το σύνδεσμο.]  reprise their roles as Fitz and Simmons from [Πρέπει να είστε εγγεγραμμένοι και συνδεδεμένοι για να δείτε αυτόν το σύνδεσμο.]  on "Ultimate Spider-Man." Can you tease any other celebrity guest stars?
I can't, but I will say there's a lot of appearances of [Πρέπει να είστε εγγεγραμμένοι και συνδεδεμένοι για να δείτε αυτόν το σύνδεσμο.]  through the season. Arnim Zola first teaming up with Ock and then his rivalry with Ock is an ongoing subplot. And Arnim Zola -- Mark just camps it up and delivers a big, blustery, creepy villain performance that is just magical to behold in the booth as he does it. It's a great counter to [Πρέπει να είστε εγγεγραμμένοι και συνδεδεμένοι για να δείτε αυτόν το σύνδεσμο.]  who plays Doc Ock for us since he delivers a low key, really sinister but really kind of quiet performance as Doc Ock most of the time. The two of them playing off of each other is a really great dynamic. Doc Ock's arc through the four seasons has been nearly as interesting as Peter's, and this is the Ock arc coming to full fruition. It was great to give him an antagonist in Mark Hamill.
You've been working on this new season for a while, and fans are just about to get their first taste of it. What are you most excited for them to see as the season progresses??
That's tough. There are some surprises and one is a sort of Halloween episode featuring Spider-Man teaming up with Doctor Strange and Ant-Man. It's an unlikely Marvel team-up of all three heroes who have such different personalities. That, for me, as an overall Marvel fan was just so much fun. Doctor Strange appears a lot in this season either guest-starring or in small cameos. We know that there's a lot of excitement for the Doctor Strange film and there's an interesting dynamic between him and Spidey between Spidey being so science oriented and youthful and Doctor Strange being so mysterious and focused on the mystical arts. They're so different, but there's this lovely mentoring relationship that Doctor Strange has with Spider-Man but also an eye-rolling frustration with him and Spidey has the same for Doctor Strange.
The fourth season of "Ultimate Spider-Man vs. The Sinister 6" debuts Sunday, February 21, at 9:00 a.m. ET/PT on Disney XD.
Πηγή-> http://www.comicbookresources.com/article/ultimate-spider-man-sinister-6-season-turns-threats-personal 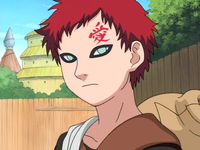