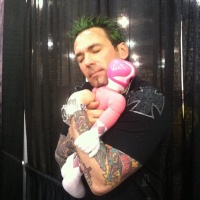 
I wonder why they only accepted applicants from the United States? what about the worldwide fans.

[QUOTE=GoldPhoenixRanger;1012228]Actually, if you watch the SamuraiCast video of Elie Dekel's speech from the Power Force breakfast, he mentions that the Power Force will be joined by similar groups from all over the world. So I suppose that means that different Power Force's from around the world will be chosen, and they just decided to start with America as that's where a lot of the fanbase is.[/QUOTE]