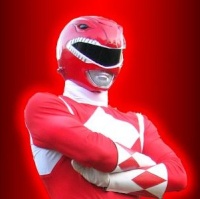 The team continues to fight as Pihranatrons continue to wreck the Power Chamber. Elgar enters the chamber and sees the Energy tube wide open. Realizing that if he destroys it, neither Zordon or Dmitria can return to Earth, he tosses a hammer at the tube, smashing it. Elgar then places bombs all over the chamber, declaring it to be the end of the Power Rangers. Outside, Divatox waves goodbye to the Rangers as he detonates the bombs inside, destroying the Power Chamber and Command Center exterior.

Emerging from the wreckage of the Command Center, the Rangers are suddenly demorphed due to the fall of Eltar, but Justin finds Alpha as he frets over the chamber's destruction. Carlos says they have to go to the Cimmerian planet, but Cassie reminds him of the promise they made to Dmitria to defend the Earth. Carlos points out that Divatox has left, but Ashley adds that it was only temporary and that she would be back with no one left to defend the Earth. T.J. agrees and sys they need to stop Divatox before she returns, but Cassie asks how they're supposed to do that without assistance. Just then, Alpha begins digging through the wreckage and finds the Power Decoder, which Alpha explains is crucial for their journey into space. Justin then gets an idea about how to get into space, though it is a longshot.

Justin heads to Angel Grove's NASADA base and asks the sentry to see Commander Norquist for an emergency. The sentry asks if he's expected by the commander and is denied access. Justin then follows a car that is entering the base and climbs on the roof to head for Mission Control. Justin enters the Mission Control room but is caught by two guards. He shouts loudly that he needs to speak to the commander and that he has a message from the Power Rangers. Commander Norquist speaks to Justin about what the Rangers' need, and Justin says they need the space shuttle, to which two guards chuckle. Justin whispers to Commander Norquist about their situation, and he asks when the Rangers need the shuttle. Justin tells him that they need it now as they head for Mission Control.

The waiting Rangers get the go ahead from Justin to get to the launchpad. The Rangers and Alpha get inside the shuttle, but they realize that Justin is missing. T.J. calls down to Mission Control and tells Justin to join them, but Justin tells them that he can't go with them. While Carlos and T.J. are mystified by Justin's absence, Cassie realizes that Justin wants to stay with his dad on Earth. T.J. tells Justin that they'll miss him, but he already knows that. Justin heads outside to watch the shuttle launch into space and wishes them luck. The episode ends with the shuttle leaving the atmosphere with the words, "To be continued next season...Power Rangers in Space" 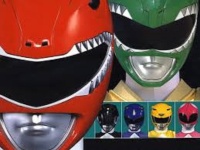 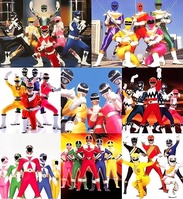