* Saban has made a new deal with Namco Bandai and Bandai America, for the toys as usual and new video games from Namco.
* 700 old episodes (original MMPR to RPM) will air on Nicktoons.
* 20 new episodes have been ordered by Nickelodeon. If successful, most
likely they will order more. It is reported that there will be a new
cast, and new theme and they will be shooting in the summer. It has not
been announced yet if Shinkenger or Goseiger will be used as reference
footage.
* Johnathan Tzachor will be in charge of the new 18th season. Tzachor
was in charge of Power Rangers from mid-way of Turbo to Wild Force.
* Disney will be removing Power Rangers from their channels. One fan
already told us that RPM will be removed from Disney XD UK.
* And Saban is making deals for a movie. Nothing else has been
announced. Most likely it will through Paramount Films, which
Nickelodeon is allied with. Nickelodeon has been developing a new film
division, with Ninja Turtles being one of the productions.
* The Power Rangers will leave Disney World in August 7, 2010 (my
birthday) according to a castmember at Intercot boards and Daily Disney
blog. 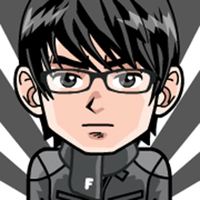